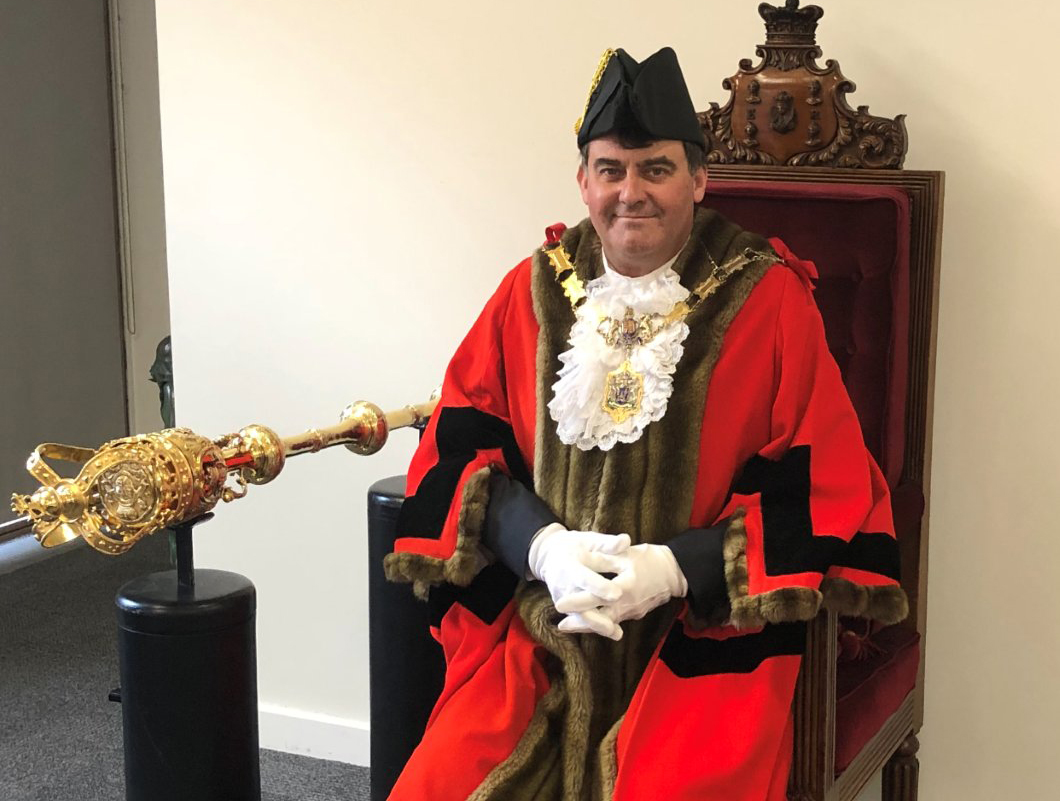 The annual full council meeting, where a new mayor is officially appointed each year, was due to be held on June 2, 2020, but was cancelled until coronavirus social distancing guidance allows it to take place.

Reading Borough Council’s (RBC) virtual Policy committee approved the appointment of a new leadership role at the council on Wednesday, May 27.

But what do we know about Mayro David Stevens

David Stevens has been the Reading East Conservative Association Chairman since March 2017. David was elected to represent Thames Ward in 2004 and has been a Councillor ever since, most recently being re-elected in 2018. During his time as Councillor David has been helping residents to fight against unsuitable development, green bin charges and rising Council Tax.

David works for a large firm of accountants and although based in Reading spends his time visiting their offices around southern England and south Wales. He lives with his wife, Alison and their three children in Reading. When not working or involved with political activities he is a keen oarsman and rows with Reading Rowing Club. He is also a skier, gardener and cook.

He sits on the following:
Policy Committee, Appeals for the Investigating & Disciplinary Committee, the Civic Board, Conservation Area Advisory Committee

As a Mayor his responsibilities will be to represents the council at events, welcoming guests and visiting local organisations. He will also chairs full council meetings.

Related Topics:
Up Next

Are we facing Hosepipe ban in Reading? 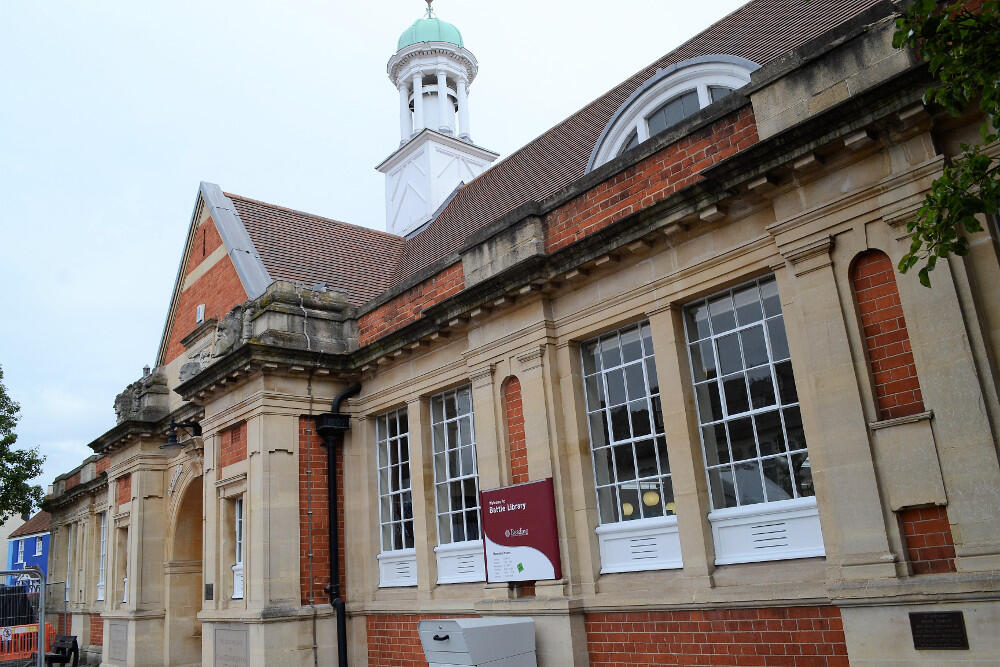 📚 Returns – to entrance when the library is open, book drop when closed.
📗 Order and collect (book online at https://www.reading.gov.uk/leisure/libraries/libraries-reopening/ or via 0118 937 5950) – you can order specific or a general collection of items
💻 Limited computer bookings (via 0118 937 5950)

Visitors to the library will be reminded to follow safety precautions, including the wearing of masks inside the building and for the use of computers, test and trace registration will be required.

They will look to continue the planned phase of reopening of wider library services where possible and with safety at the forefront of all our plans. The Library Service hopes to confirm the reopening details for its other branch libraries at Whitley, Southcote and Palmer Park shortly.

Book drops are currently available at Central, Caversham – and shortly at Battle library – and no fines are being charged.

The Library Service’s popular e-service continues to be available. Over the past year, we have had 2,623 people join the service and They’ve issued a staggering 65,000 eResources! 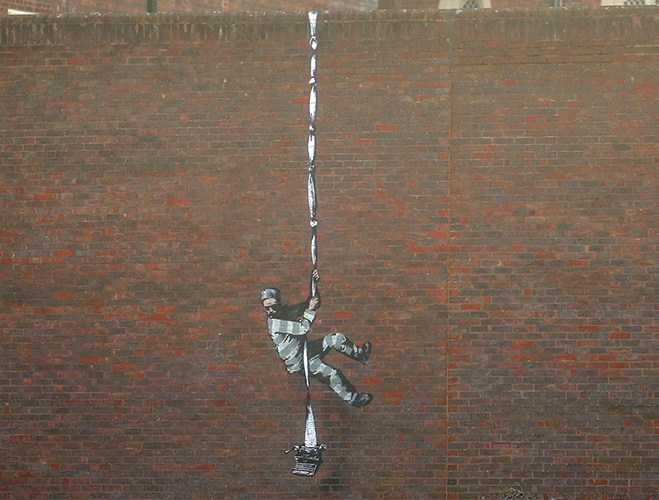 A piece of graffiti painted by Banksy has appeared overnight on the side of Reading Prison.

In the early hours of Monday (1 March) morning, the artwork was spotted on the side of the now-closed institution.

It shows a man dressed in a striped prisoner’s uniform scaling the side of the building on a knotted rope.

Beneath the man, the chain is shown to be made of paper and coming out of a typewriter.

Banksy has named the piece ‘The Create Escape’.

In a video featuring TV artist Bob Ross, the Bristol-based artist – whose identity is a closely guarded secret – shows how he created the painting.
please see below.

Some have speculated that the man is meant to represent Irish poet Oscar Wilde, who was imprisoned at the jail from 1895 to 1897 on charges of gross indecency with other men.

A campaign was recently launched to save the Grade II listed building after it was closed in 2014. 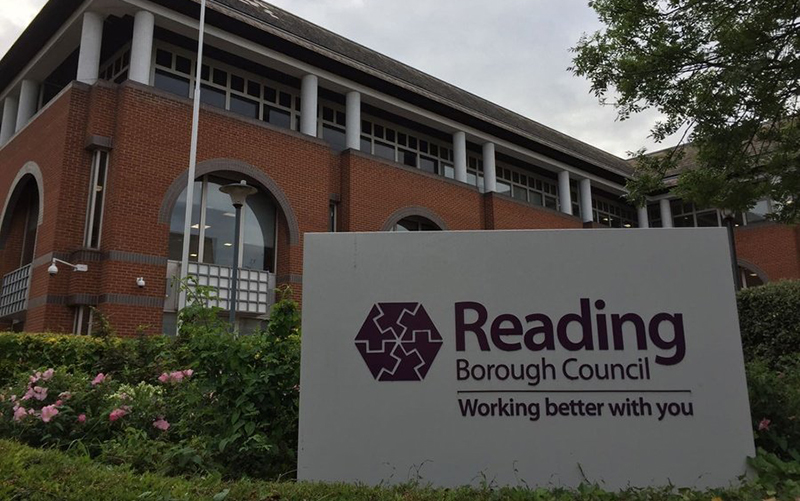 Revealed by the “The Reading Chronicle“, concerns have been raised about the money spent on agency & temporary staff.

The highest agency manager at the RBC has a day rate of £975, one temporary manager at the children’s services company Brighter Futures for Children (BFfC) has been working for 24 months, this are two examples among others.

One former RBC contractor who want to remain anonymous said the headline fees skew the reality. “Overall, contractors cost a similar amount to permanent employees as there are no benefits like pensions and paid holidays. On top of that many live far away from Reading, as it was my case, and have to pay for travel and sometime accommodation out of their rate,” he said.